The backlash of the planetary gear gearbox, also known as the backlash, is generally defined as: when the output end is fixed, the input end rotates clockwise and counterclockwise, so that the input end generates a torque of ±2% of the rated torque, the input end of the gearbox There is a slight angular displacement, which is the backlash. The unit is "cents", which is also one sixtieth of a degree. 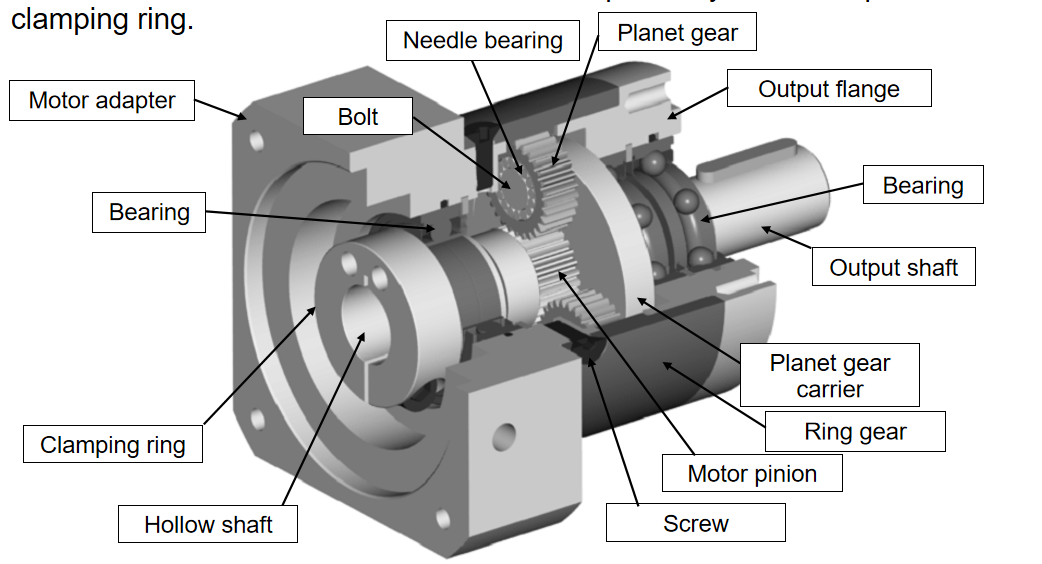 When detecting the backlash of the planetary gearbox, it is necessary to measure in the reverse direction according to the definition of backlash:

The bearing size of the output shaft of the planetary gearbox is limited, and there is no obvious change in the measured structure. Usually, the method of magnification measurement is adopted. A pendulum rod with a radius r is added to the output shaft of the gearbox, and a force of size F is applied at the radius r. , then at the same point on the pendulum rod, the front and rear deflection amount x will be generated, and the change α of the deflection amount x reverse thrust angle can be measured.

Because a certain amount of torque is required to overcome all the backlash in the system, the most accurate method is to measure the gearbox for a complete reciprocating cycle of the load (clockwise from zero to the rated load torque value, then unload, counterclockwise torque reverse to rated torque value).

The above is the relevant knowledge about the backlash level and measurement method of the servo planetary gearbox. Through the swing distance of the output end of the gearbox, we can directly and objectively judge whether there is a problem with the accuracy of the gearbox, thereby improving professionalism and work efficiency.