News
Current location： Home News Industry news What is the alignment principle of the plum coupling and how should it be aligned?

What is the alignment principle of the plum coupling and how should it be aligned?


Plum coupling alignment principle: mainly measure its radial displacement and angular displacement. When the two shafts are on different axes, there is a relative deviation between the outer rings or end faces of the two couplings. According to the measured deviation value, the deviation value of the axis can be calculated. In order to obtain correct measurement results, the two rotors must be rotated by the same angle, and the relative position of the measuring points on the coupling must be changed, so that the errors caused by the uneven surface of the coupling and the non-perpendicular axis of the end face can be eliminated. 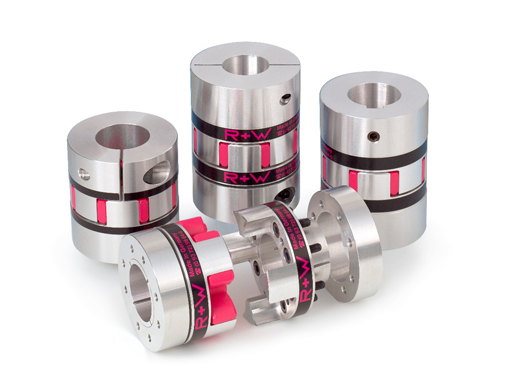 Specific steps are as follows:

1. Operator's Note: Before starting the equipment, check whether the nut of the plum coupling is loose or falling off. If so, use a wrench to tighten the nut in time. The plum blossom elastic coupling has basic type, single flange connection type, double flange connection type and brake wheel type. The main process is to first turn the car into position, then wash the claws, insert the parts, and finally complete the surface treatment, usually blackening.

3. Install bolts: Pass the bolts through the outside of the small hole of the flange, and pass through the outside of the other large hole of the flange, put on the buffer sleeve and elastic washer, screw on the nut, and tighten the nut with a wrench. If installed improperly or removed and replaced, the shaft and half coupling are not damaged, and after installation, it is best to rotate freely without effort.

4. Before installing the plum blossom elastic coupling, first check whether the two shafts of the prime mover and the working machine are concentric, whether there is wrapping paper and bumps on the surface of the two shafts, and whether the inner holes of the two halves of the plum blossom coupling have any Sundries, whether there are bumps on the edge of the inner hole. If so, the shaft and coupling halves should be cleaned and the abrasions should be treated with a fine file. Then check whether the diameter and length of the inner hole of the coupling halves are consistent with the diameter and axial length of the prime mover and the working machine. Generally, in the selection, it is best to make the length of the end-half coupling between the prime mover and the working machine less than its axial extension by 10-30 mm.

The plum blossom-shaped elastic coupling has a polyurethane elastomer in the middle and half couplings with claws at both ends, also known as claw couplings.

The plum-shaped elastic coupling is mainly composed of two closely meshed convex teeth, which can withstand radial extrusion and transmit torque. When the two axes are offset relative to each other, the elastic element deforms elastically, which plays an automatic compensation role.

Previous：What is the function of the coupling and how to prolong the service life of the coupling
Next：Application of NEUGART planetary gearbox in agricultural products industry and other application fields
Contact us
Tel: 0755-82113520, 13823217507
E-mail: sales@sz -windrive. com
URL: www.sz-windrive.com com
Address: room 708, MaoYuan building, No. 9, Songyuan Road, Guiyuan street, Luohu District, Shenzhen