1. Standard gear transmission is widely used because of its simple design, good interchangeability, easy manufacture and installation, and because its transmission performance can generally be guaranteed. However, standard gears also have certain limitations, such as:

1. The number of teeth of the standard gear cannot be less than the minimum number of teeth, otherwise undercutting will occur. Therefore, under the condition of a certain transmission ratio and modulus, the reduction of the size and weight of the gear mechanism is limited.

However, a large backlash will be generated, causing impact and noise, and the degree of coincidence will also be reduced, which affects the stability of the transmission.

3. For a pair of standard gear transmission, although the tooth thicknesses of the two wheels on the index circle are equal, due to the small curvature radius of the involute of the pinion tooth profile, the thickness of the tooth root is thin, and the number of meshing times is large, so the contact strength is low. low bending strength,

The sliding coefficient of the tooth root is large, so the pinion is easily damaged under other conditions being the same.

Due to the above deficiencies of standard gears, it cannot meet the increasingly high requirements of modern production development for gear transmission, so it is proposed to modify the displacement of the gears, resulting in displacement gears.

When the diameter of the addendum circle is increased and the thickness of the gear teeth is increased, a gear strength equivalent to that of a gear with 200 teeth can be obtained. 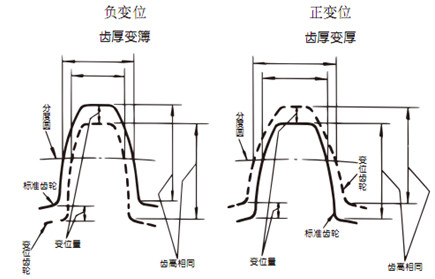 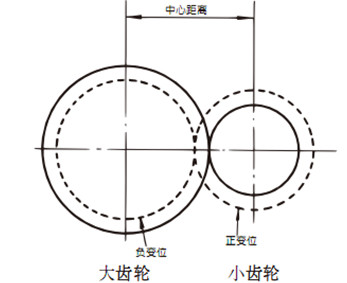 4. Meshing of the displacement gear 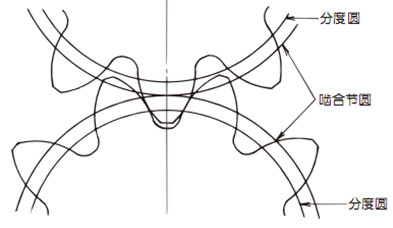 5. The role of the displacement gear

·It can prevent the undercut phenomenon caused by the small number of teeth during machining.

·The desired center distance can be obtained by displacement.

The above is the relevant knowledge about STRRONSE displacement gear transmission, I hope it can help you, and sz-windrive will introduce more product knowledge to you slowly!