What are the basic parameters of gears? 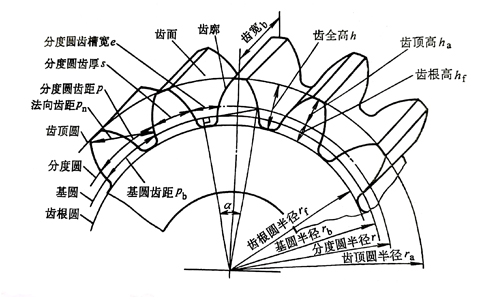 Introduction to the basic parameters of the gear:

Pitch: On any circle, the length of the arc on the same side of two adjacent teeth is called the pitch on the circle, expressed by Pk.

Normal pitch: the distance between the two adjacent teeth on the same side in the normal direction is called the normal pitch, which is represented by Pn. According to the involute properties, Pn=Pb°